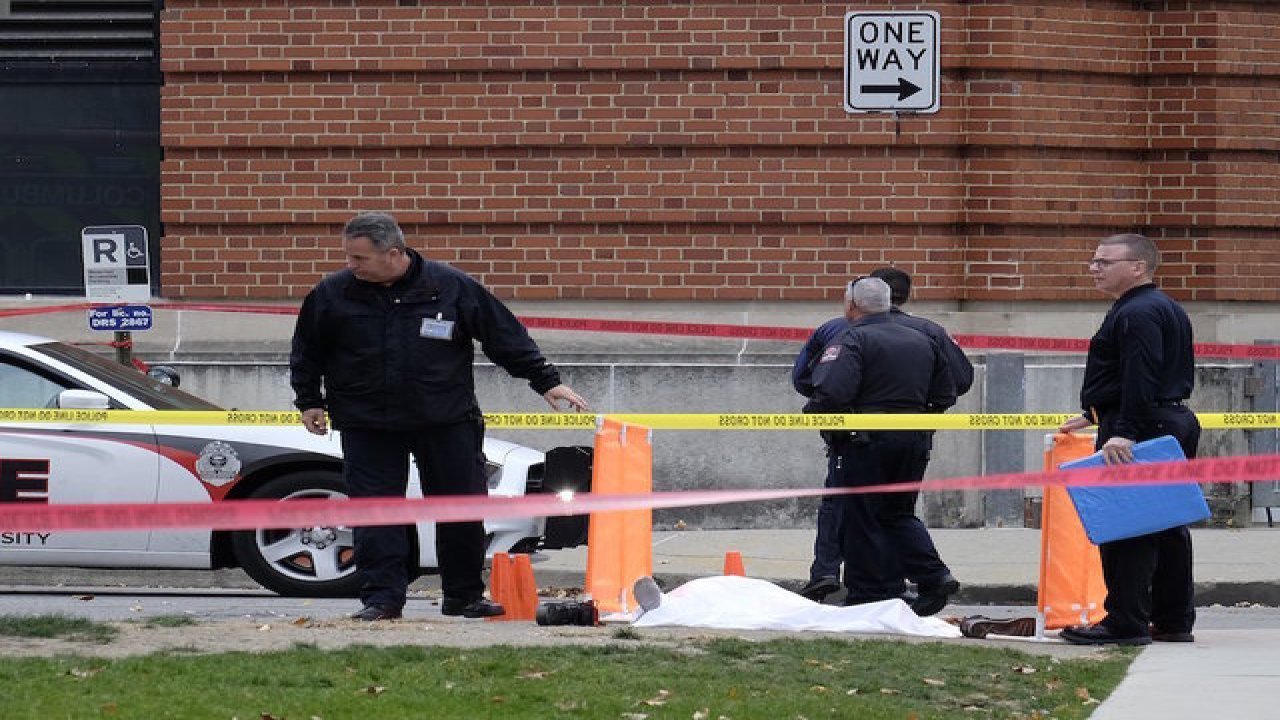 Ohio State University police Chief Craig Stone said the assailant deliberately drove his small Honda over a curb outside an engineering classroom building and then began knifing people. A campus officer nearby because of a gas leak arrived on the scene and shot the driver in less than a minute, Stone said.

Angshuman Kapil, a graduate student, was outside Watts Hall when the car barreled onto the sidewalk.

“It just hit everybody who was in front,” he said. “After that everybody was shouting, ‘Run! Run! Run!’”

“I thought it was an accident initially until I saw the guy come out with a knife,” Schneider said, adding the man didn’t say anything when he got out.

Most of the injured were hurt by the car, and at least two were stabbed. One had a fractured skull.