Perimeter Security Group furnishes and installs a wide range of active vehicle crash barriers to meet any force protection measures.  We are a certified provider of the industry’s largest barrier manufacturers and can provide a widest range of options.  Our installed crash gates and anti ram barriers range from C40 (Small passenger car traveling 40mph) to M50 (Medium duty 15,000lb truck traveling 50mph) depending on the required level of protection.  No matter what level of security your project needs, PSG has crash rated automatic barriers that can secure any facility.  We can design barrier systems with anti ram crash barriers and crash bollards that can be activated by a control system with speed detection and wrong-way detection systems in a guard booth or building. 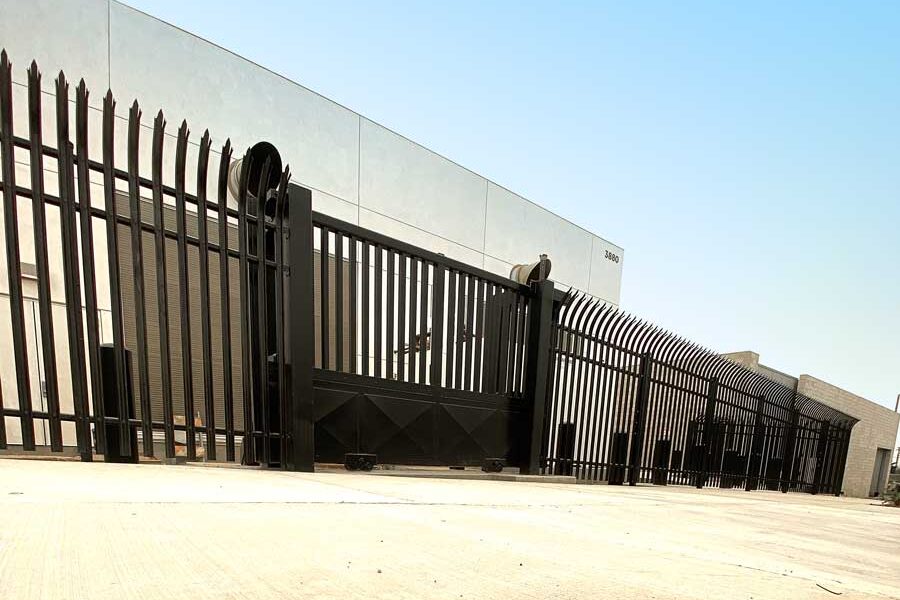 A reinforced slide gate is easily adaptable to many different site conditions and provides an enhanced level of protection for your perimeter typically built with steel tubing and reinforcements plus steel bollards filled with concrete providing added durability and security. Anti ram slide gate can come with an electric operator or manual opening and are available in custom design, pre-fabricated ornamental or chain link infills. 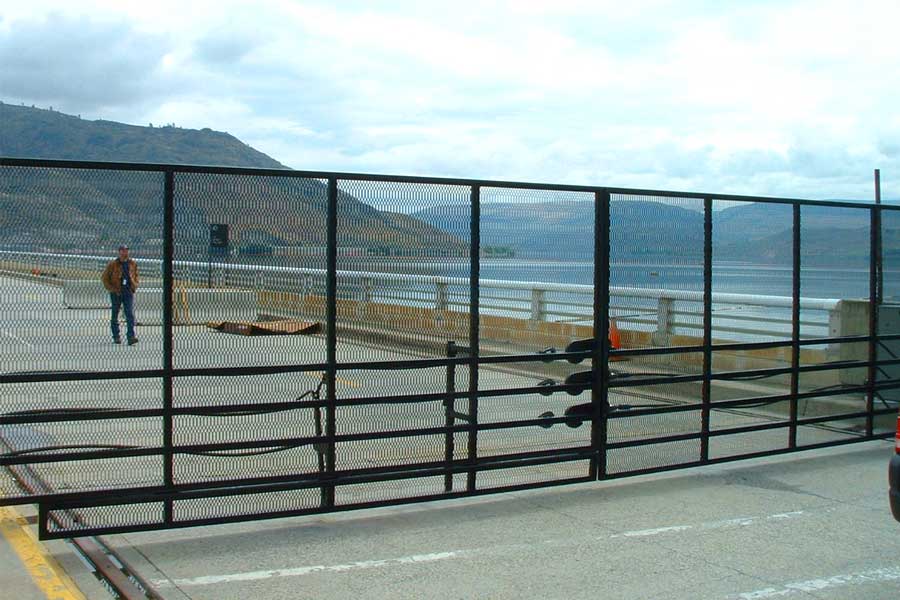 A low cost installation option when space is available.

The swing barrier gate is perfect for urban environments with a heavy amount of pedestrian traffic and an irregular need to allow vehicular access. The aesthetically appealing designs blend well in urban areas, unlike most gates or barriers that have a bland industrial appearance. A swing gate can be installed using shallow mount technology and is lightweight, yet remarkably strong. 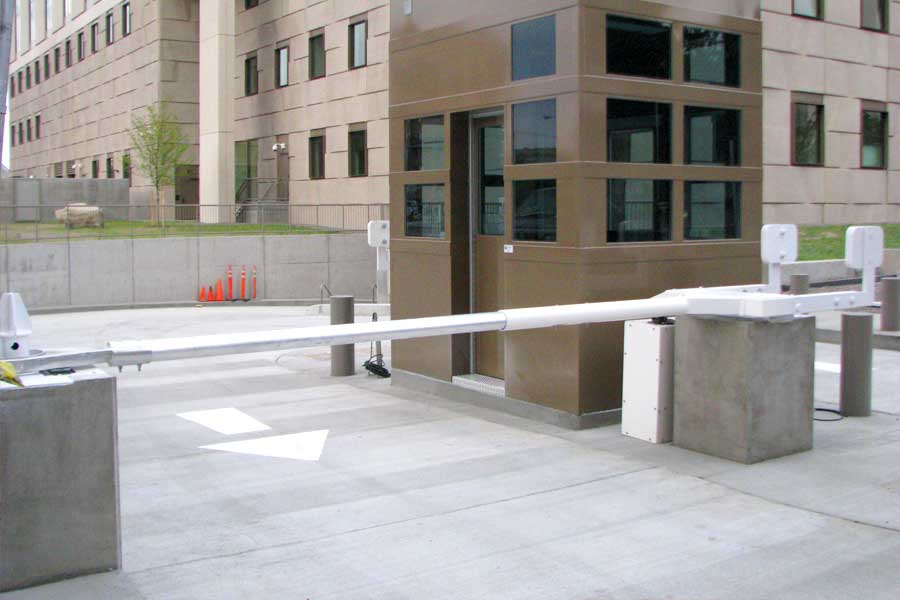 The drop-arm gate can be used to control traffic while providing an anti-ram obstacle to protect from potential vehicular threats. Some drop arm barrier designs do not require excavation across the roadway, whereas some versions use a shallow excavation across the roadway for a monolithic installation. The barrier arm is also available in engineered design lengths to fit specific site requirements. 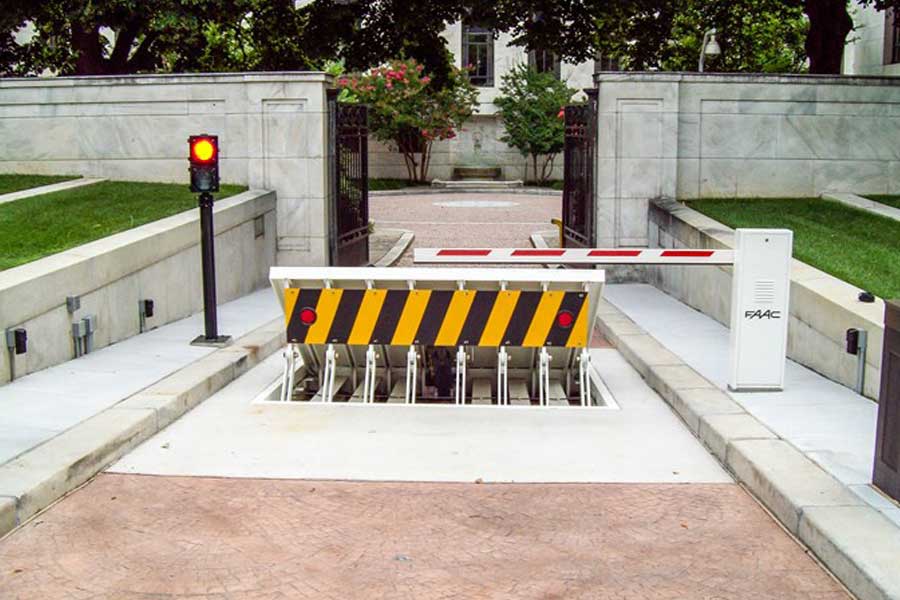 When visual appearance and ultimate fortification are of importance.

Wedge barriers are designed for maximum perimeter entry security. The anti-ram vehicle barrier features a full security guard height of 38″ and is available in various widths. Plus, some have shallow in-ground installation requiring an excavation of as little as 19″, allowing 12″ for barrier height and 7″ for the foundation pad. When installed, these units are completely flush with the roadway surface, requiring no side pillars or above grade assemblies. In addition, the hydraulic operating cylinder is concealed behind a tamper-resistant panel.

What types of systems are available to create secured access?

Two types of systems utilized in Hostile Vehicle Mitigation (HVM), Passive Vehicle Barrier System (PVBS) and Active Vehicle Barrier System (AVBS).  PVBS are vehicle barrier systems that have no moving parts, such as walls, reinforced fences, and fixed bollards.  AVBS on the other hand are vehicle barriers that can be operated to allow credentialed vehicles pass.  These systems comprise of hydraulic, pneumatic and electrical system that can be designed to provide levels of force protection.  Most common ranges are from a PU30 to a M50.  Below are a few of the most common AVBS with a summary of the system:

What new concepts or technologies in physical barriers are being introduced or used?

The industry has been focusing on a few items in the recent years.

An increased modular system allowing for clients to temporally mobilize a barrier system to protect an event. There are both active and passive solutions available to control area for parades, street fairs, farmers markets, and concretes

What are the different crash ratings and what do they mean?

The traditional K rating system was developed in 1985 and consisted of a 15000lb vehicle traveling 30mph (K4), 40mph (K8) and 50 mph(K12).  As more people became interested in the K rated system, ASTM design introduced their own bollard rating and the DoS officially adopted the standards in 2009.  ASTM offers multiple classifications signified by the vehicle type.

The M30, M40, and M50 of the ASTM standard correlates with the old K rated system.  K12 was considered the highest rated system, but ASTM now classify H60 as the highest rating, which is equivalent to a 65,000lb vehicle traveling 50mph.

What are the best practices for selecting a system and installation?

Our process for planning and selecting perimeter security elements relies on many factors.  A threat assessment of facility and discussions with the end users on sequence of operations allow our physical security design team to generate site specific drawings and specifications for recommended perimeter security solutions.  These design documents are utilized by the construction installation team.  Then our technicians will work with the facility to integrate the AVBS to the overall facilities system.  As important as the install, our team develops a preventative maintenance (PM) program for the facility.  Routine PM is essential component of a AVBS, as it reduces the potential down time, which in some facilities is a major vulnerability. 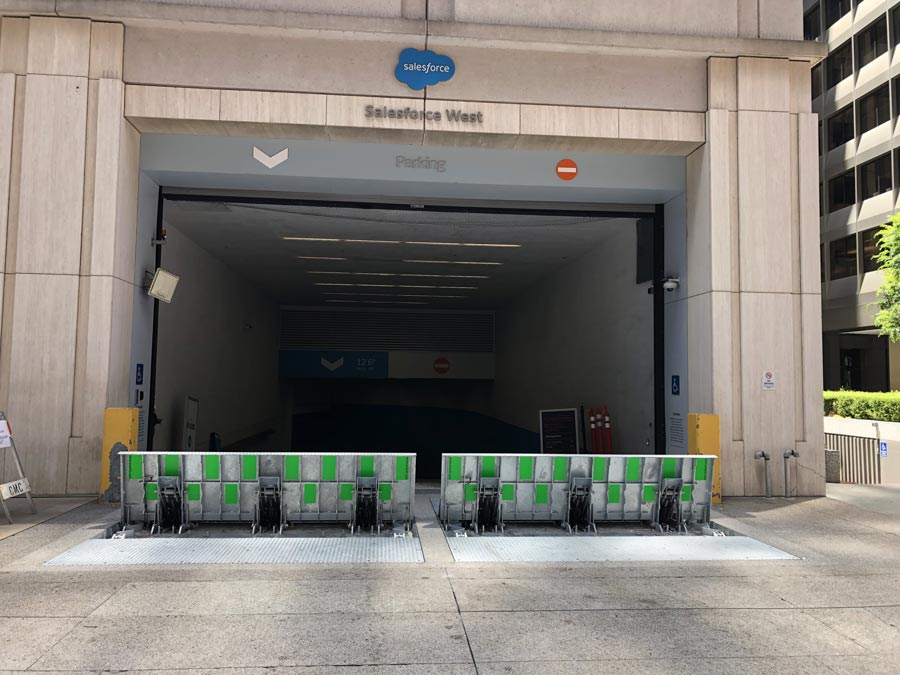 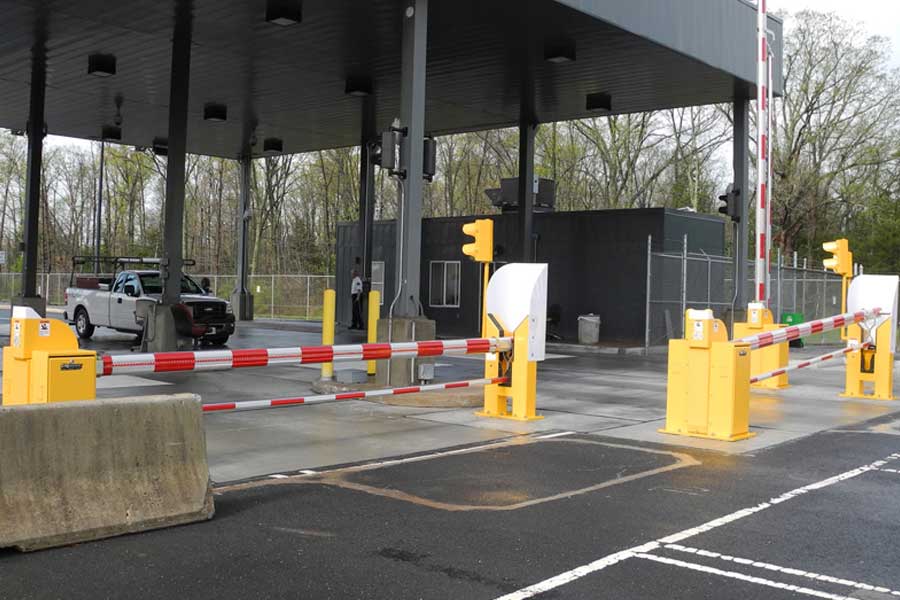 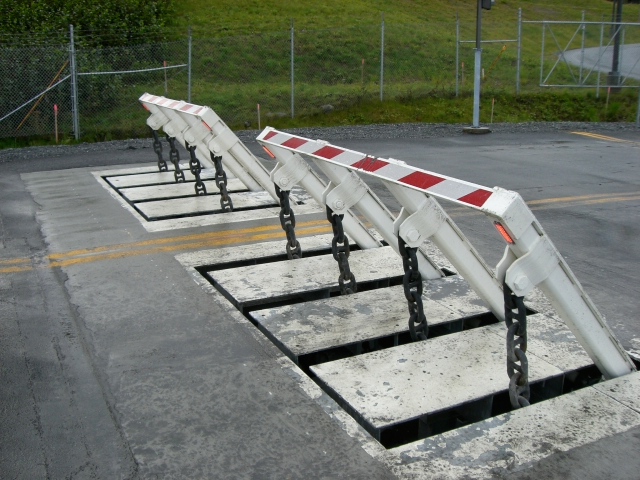 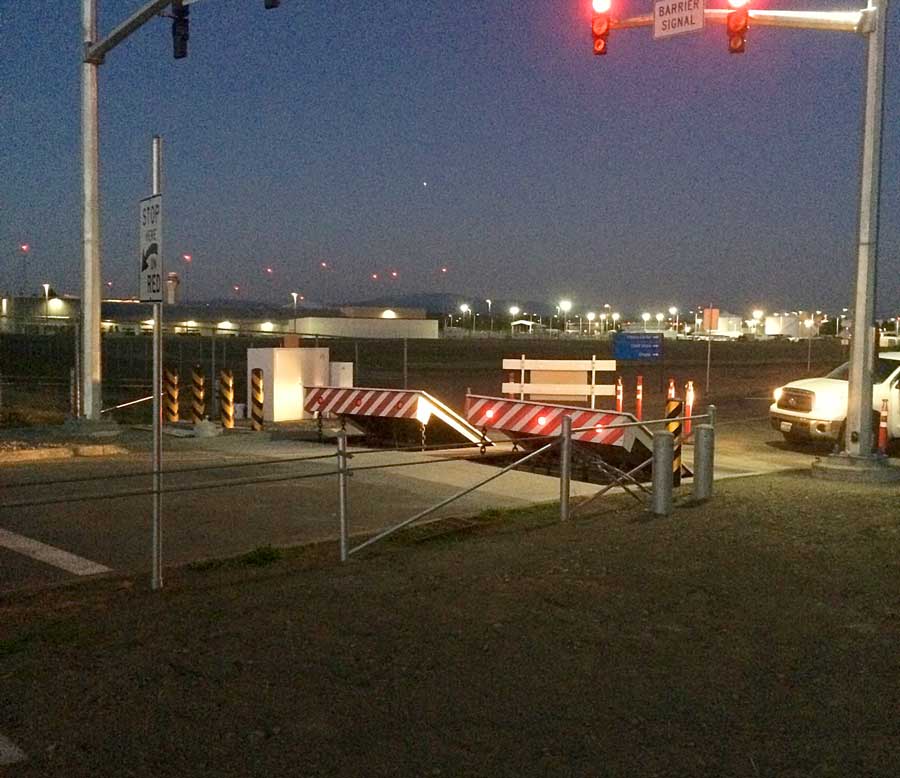 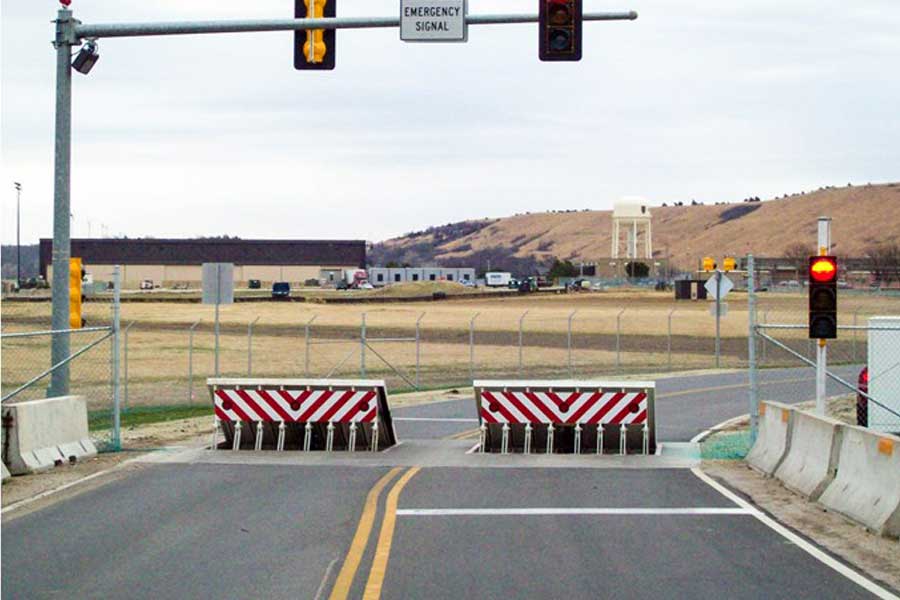 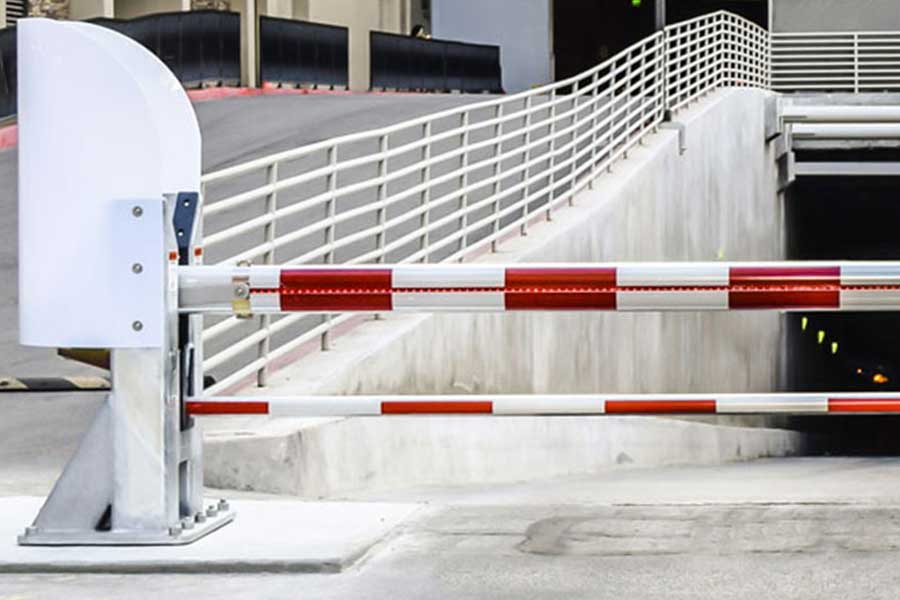 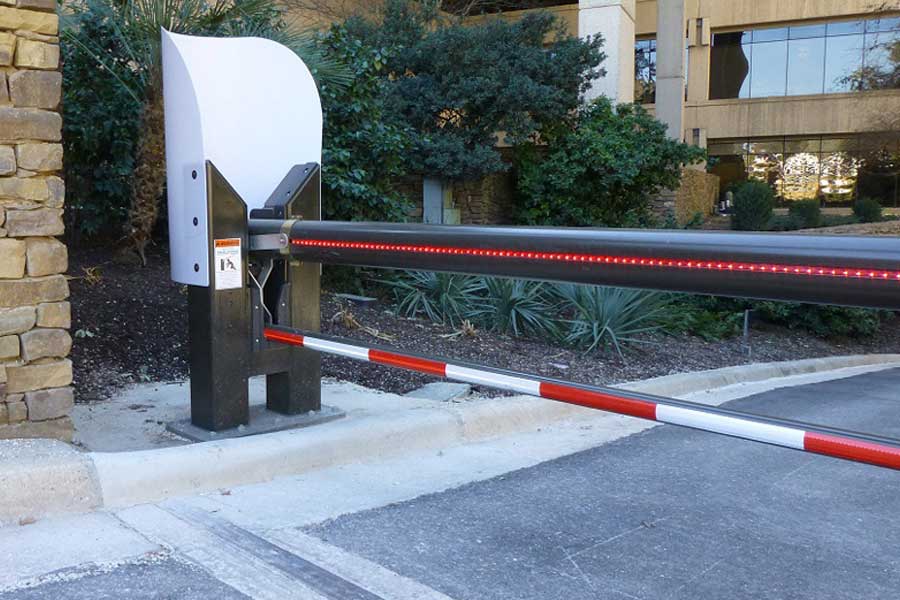 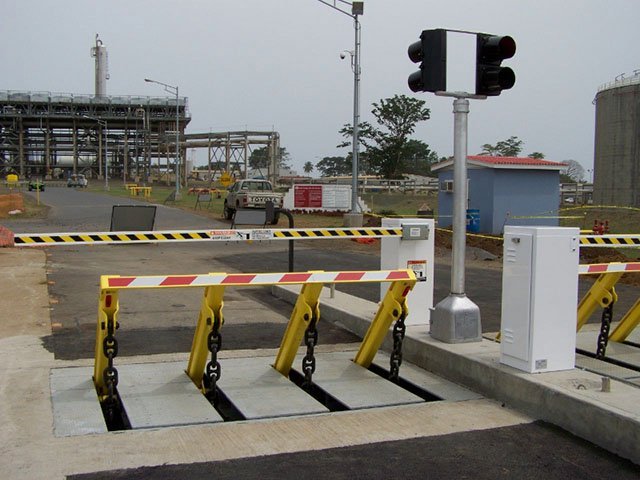 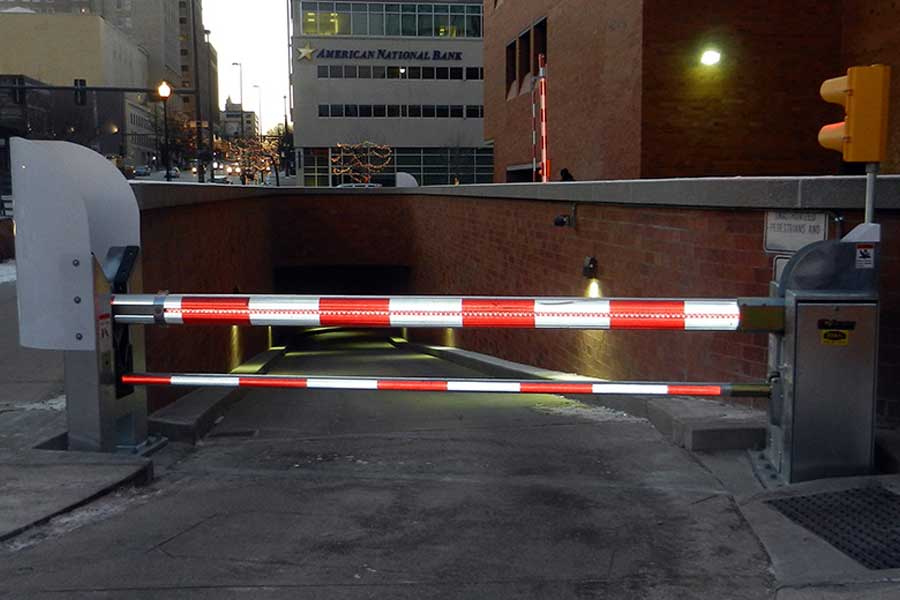 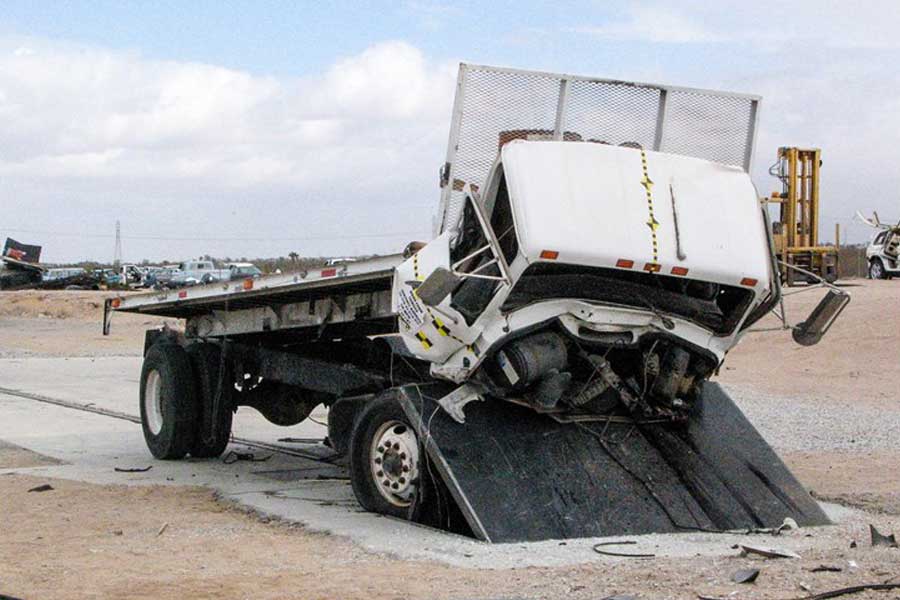 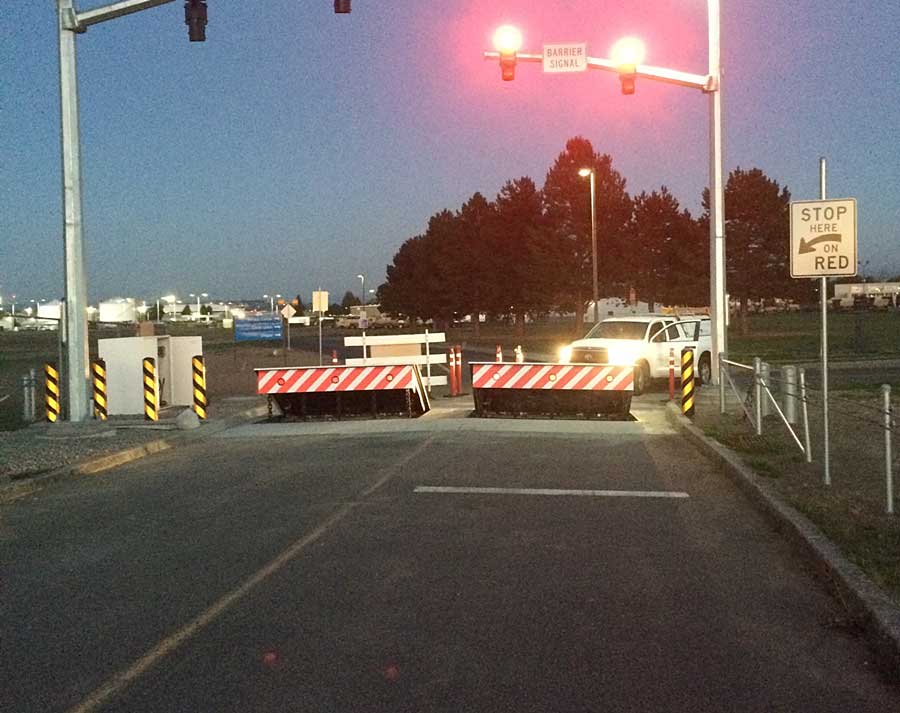 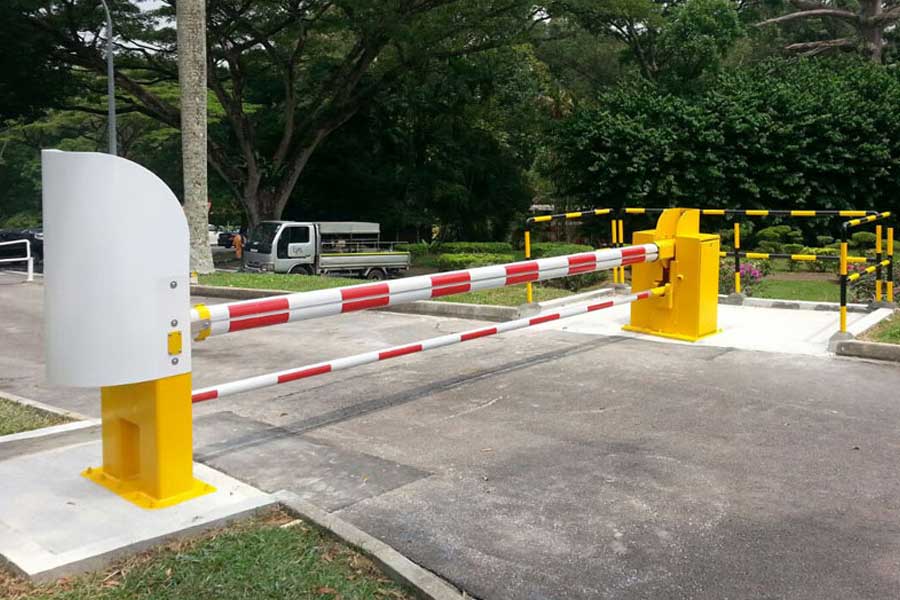 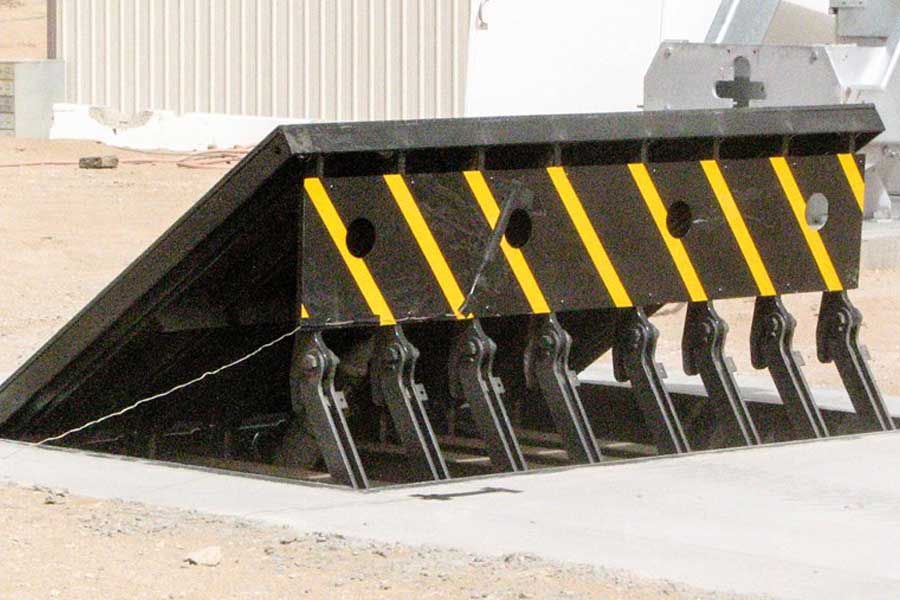 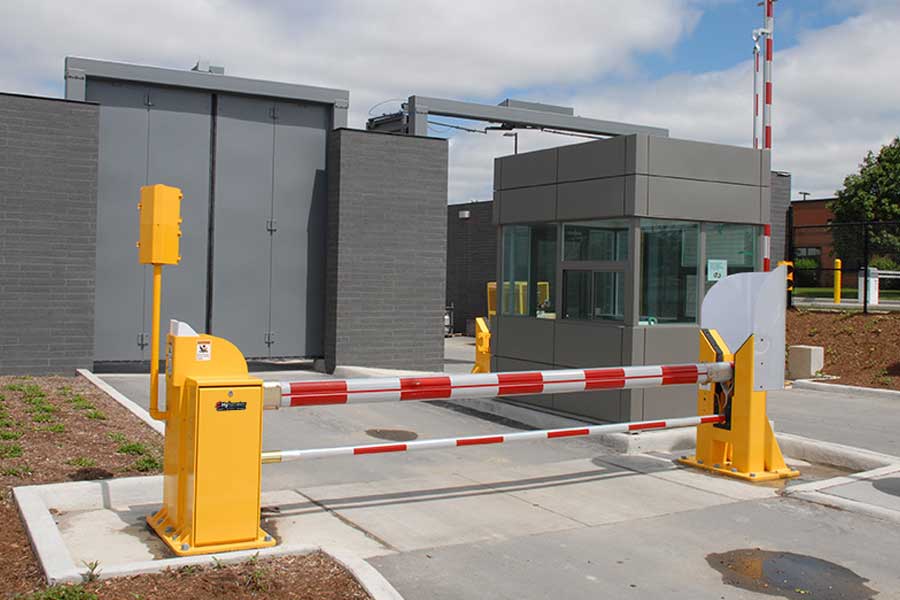 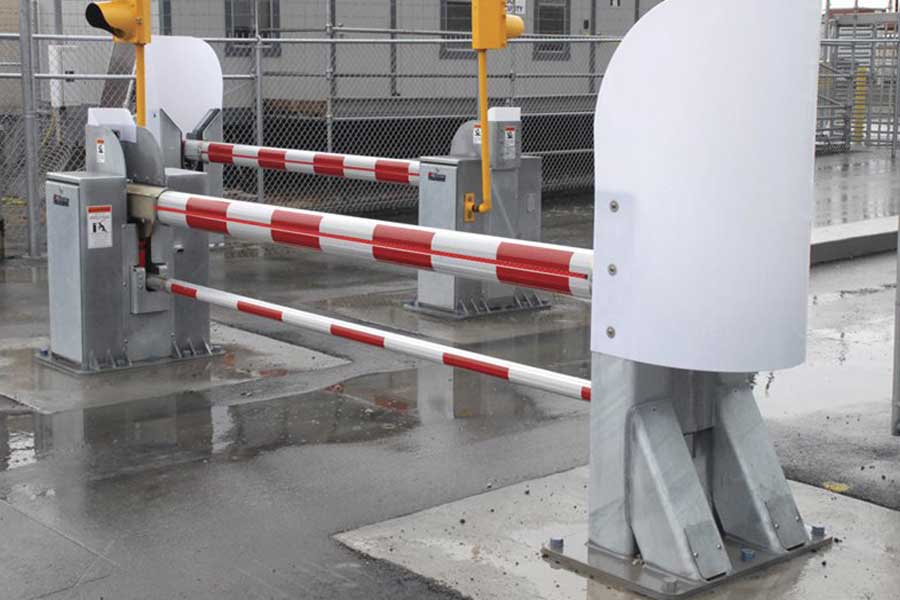 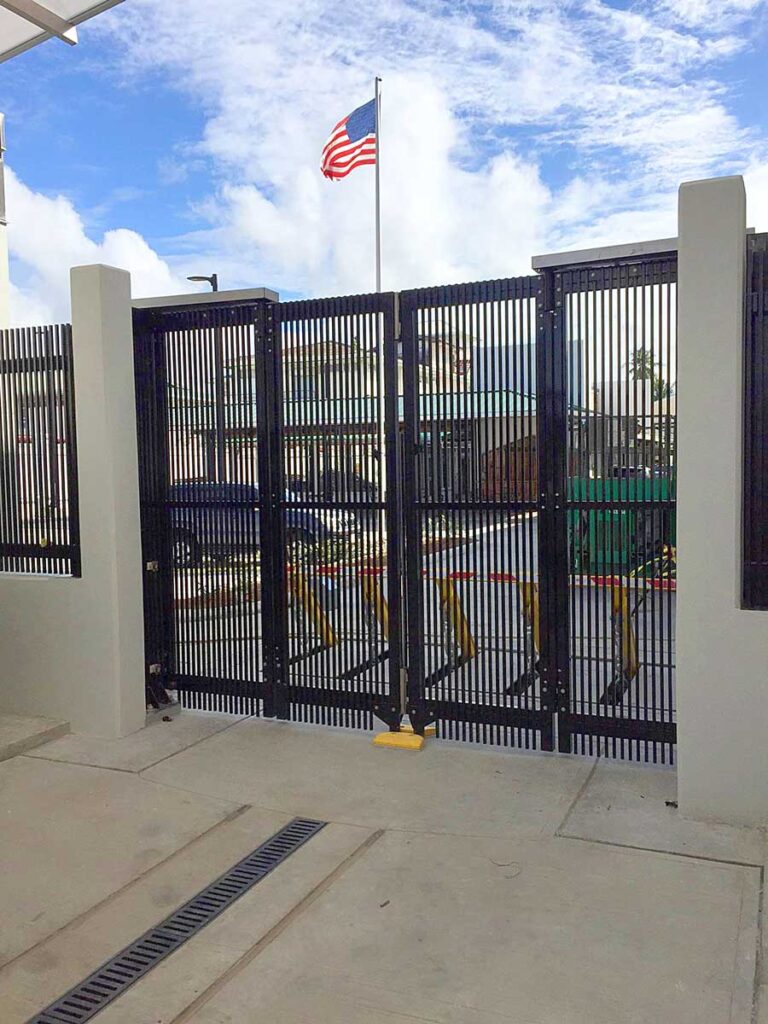 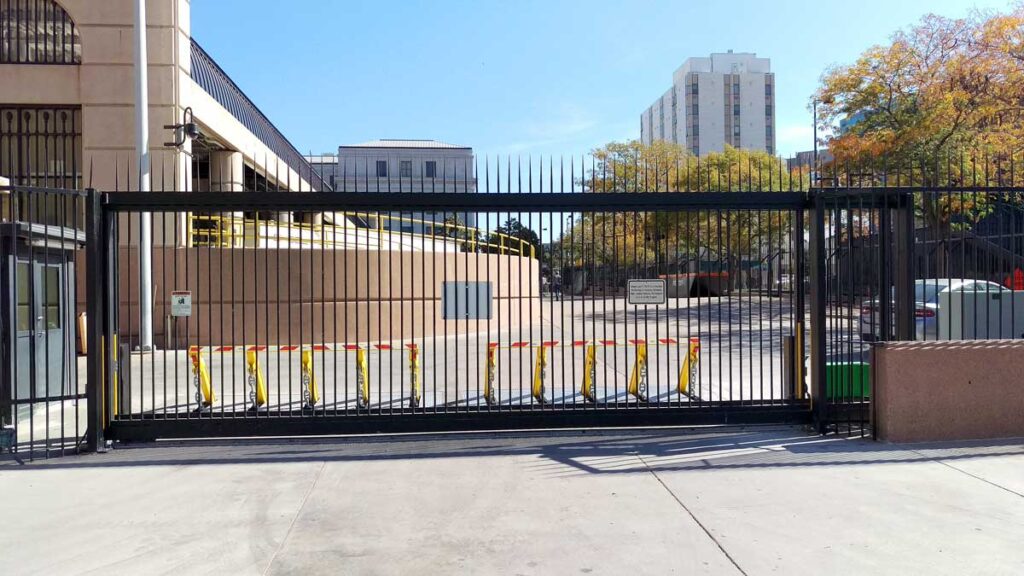 Some images shown above may not be installations performed by PSG and are product promotion images from our suppliers .

Below are some of the official suppliers PSG contracts with for anti-ram fence production.